What we know about Medicaid and work

The issue of requiring certain Medicaid clients to work as a condition of health care coverage has gotten a lot of attention in recent months, nationally and in Connecticut. Here’s what we know about the topic.

Data indicate that more than two-thirds of non-disabled, non-elderly adults in HUSKY have jobs. 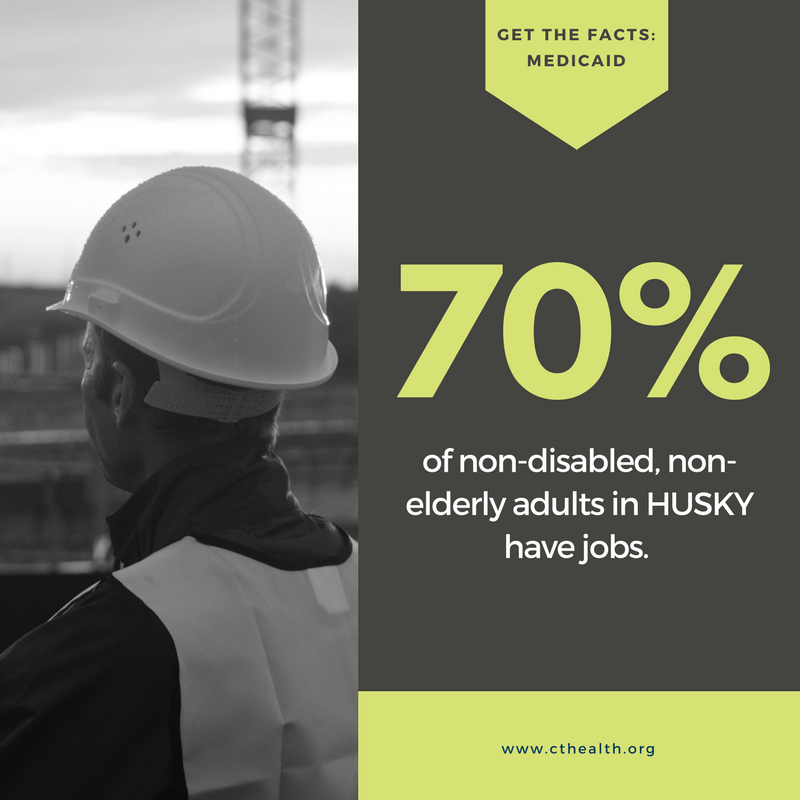 According to an analysis by the Kaiser Family Foundation, there were 337,000 Connecticut residents enrolled in Medicaid in 2016 who were not elderly and did not receive federal disability payments.

Overall, 81 percent lived in a family with at least one person who worked.

Why didn’t the others work?

According to the analysis, among the non-workers:

Where do HUSKY adults work?

According to the Kaiser Family Foundation analysis, in 2016, among those who work,

The top industry in Connecticut that employs people covered by HUSKY is construction.

A 2011 report by Connecticut’s Office of Legislative research identified the top employers of workers who were either covered by HUSKY themselves or whose children were. They were:

Who in HUSKY works?

How much can people earn and still be in HUSKY?

The income limit for most adults in HUSKY is 138 percent of the federal poverty level. That translates to