Q&A: A pediatrician offers insights on autism, disparities, and talking to your child’s doctor

Early intervention can make a huge difference in the lives of children with autism spectrum disorder (ASD), but research shows that many children aren’t diagnosed until years after they could be. The delays in diagnosis are even longer for children of color.

It’s a great series and we encourage you to give it a listen – or a read. We spoke to Dr. Dumont-Mathieu about the topic and what parents and pediatricians can do to make sure young children get the support they need as early as possible. 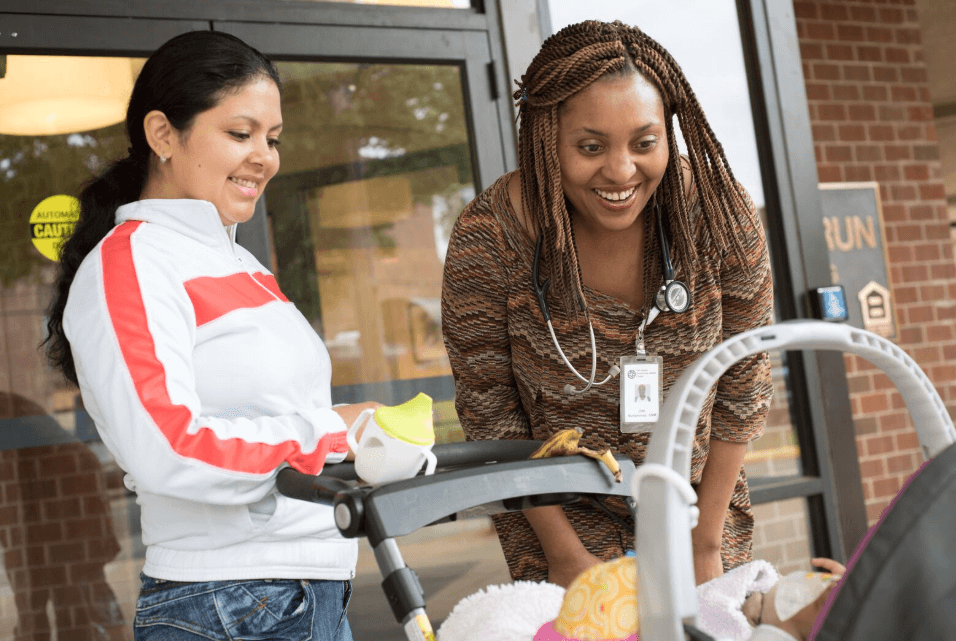 Q1: What lessons do you want parents to take from this series about autism spectrum disorder and early intervention?

First, remember that you know your child better than anybody else, and if you feel something’s wrong, keep pushing until you get an answer that makes sense.

Be confident in your abilities as a parent in terms of observing your child and seeing them with other people and knowing if something doesn’t quite feel right. You don’t have to know what’s wrong. You just have to know when to say, “Something’s not right, and I need us to look into it.”  Share that information with the pediatrician or the child’s teacher or whoever it is you’re trying to collaborate with around your child. And keep pushing if you aren’t hearing something that makes sense to you.

The second message for parents is that they have to actually voice the concerns they have, not wait for someone else to figure it out or for the doctor to realize there’s an issue during a visit. Their visit with the pediatrician is a collaboration. They have to say, “This is what I’ve observed. I’m not sure if it’s normal. I’m not sure if it’s a usual thing. What do you think?” If someone else in the child’s life has voiced a concern to the parents, a teacher or family member, they should share that with the pediatrician too.

Parents should talk to their pediatrician if they’re concerned about their child’s development, but there’s also a free program in the state called Birth to Three that they can directly call themselves. It’s Connecticut’s early intervention program. Parents can just say, “I’m concerned about my child’s development,” and someone will come out and evaluate their child for free. And even if what Birth to Three is telling them doesn’t feel right, they can re-contact the program in three months for a new evaluation.

Q2: What is the best way for parents to bring up a concern with a pediatrician?

The challenge is that the average visit is about 15 minutes long. So be prepared to make the most of the time.

I encourage parents, before they go to a well-child care visit or “check-up,” to do three things. First, reach out to others who work with or know your child. Find out how they think your child is doing. Do they have any concerns or questions? Second, observe your child closely while they are engaged in different activities using different aspects of their development or skills. Spend some time watching him or her around other adults and children. Lastly, take a few minutes and jot down how things have changed or improved since the last visit. What have you observed that you’re questioning? What concerns have come up? What are three concrete questions with examples, like, “I notice that he doesn’t look at me when I’m playing with him. For example, yesterday, we were playing…” Then ask the pediatrician, “Is that something that is usual for children at this age?”

Parents should also feel free to call and schedule a visit just to discuss their concerns much as they would if they were worried that their child had a physical concern like an ear infection or cold because maybe it’s not something that’s quick enough to be done in the regular time of the check-up.

Q3: What messages do you want pediatricians to take from this series?

Number one, tell parents what would be developmentally appropriate for a child at that age and then ask parents what questions or concerns they have.

Number three, screen children for autism at 18 and 24 months as part of the routine visit. Most of the screening tools available don’t take long to complete. Parents can fill them out, and then you have something concrete to respond to and discuss.

Number four, if you’re not comfortable and confident that a child is “on track,” your best bet is to refer the child for further assessment, not “wait and see,” because waiting and seeing is wasting time – and time that you can’t get back.

And lastly, refer to the state’s early intervention program, Birth to Three. There’s no reason to wait on that. If you have a more specific concern about ASD, you can refer to Birth to Three and refer for an autism diagnostic evaluation at the same time.

Birth to Three is a free evaluation. It’s another look at the child, in a comfortable environment, usually their home, so you get more information that you can work with. And you get to respond and demonstrate to the parent that you are looking to act if there’s a concern, as opposed to just saying let’s “wait and see.”

Parents are open to you offering services and support as long as it’s in the context of “this will help your child over time, this will help them get better.” I always say to parents, “I’m the picky doctor. I look for every little thing, and if there’s anything I’m not comfortable with at all, we’re going to clear that up because I’d rather that we check on something that was fine than to miss something.” And parents actually like the idea that you’re looking to make sure their child’s OK in every way.

Being efficient about the use of time is important because time means more for young kids. Between birth and five really is a huge time. It sets up how they’re going to do in school, whether they start school ready or not, and intervention between birth and three has more impact than if you wait until 5 or 8 to start. So action is needed unless you’re confident there is no concern. The worst thing is for everyone to be concerned but no one’s doing anything.

Q4: Your series discusses racial and ethnic health disparities in ASD. What are some of the reasons these disparities exist? What can we do about them?

I think there might be the misconception that ASD doesn’t affect everybody. It does. There’s no racial or ethnic predisposition to autism.

Pediatricians might have an idea of what a parent might walk in saying whose child has an ASD. For example, “My kid is not looking at me, my kid is making these hand movements, my kid likes to play by himself.” But not every parent may use that language. So if they came in and said, “Oh, he’s so polite, he never looks people in the eyes,” you might think, “Oh, that’s a good thing.” Or they might say, “Oh, he likes his private time.” That might be OK, or it might not be OK.

One of the “whys” is that we’re not screening enough as pediatricians. And I think one reason is there’s hesitancy about bringing up ASD. When we discuss immunizations, it’s in the context of preventing disease. When we discuss screening for lead or TB, it’s in the context of picking up the disease if it exists so we can treat it early. Well, when we screen for developmental delays or to identify children who are at-risk of having an ASD, it’s in that same spirit. Most kids won’t have the problem, but we want to find those who do early and help them right away.

So I encourage parents to ask about the screening. Just like you walk in and say, “Does she get any shots today?” I would walk in and say, “Which screening checklists are we filling out today?” The M-CHAT [Modified Checklist for Autism in Toddlers, a checklist used to screen for ASD] should be given at 18 months and 24 months. The more parents know to ask for it, the more I think pediatricians will do the recommended screening.

It’s recommended that pediatric practices implement universal screening. That way, you don’t have to, parent-by-parent, explain why you’re worried about ASD or not. It’s just that, “Our practice checks every child for ASD at this age, it’s what’s recommended and so it’s what we do.”

There’s still some stigma in terms of the idea of autism, and more in certain communities than others. Some families will openly discuss their child’s ASD diagnosis, while other families may not even want some of their family or friends to know. I think it’s really up to each family to know how their child will be seen in their community, and to make that decision for themselves. But I do think the more every community knows what ASD looks like, the whole range of the spectrum, the less stigma there will be. The more people will realize that they know someone who has autism and the less children with ASD will be pigeonholed.

There’s a lack of awareness in different communities. Some communities don’t hear the word autism, and especially when they’re non-English speaking communities, because a lot of the awareness campaigns are done in English.

Children of color get misdiagnosed more commonly with other things, such as “behavior problems,” when the cause might be they have ASD. We just have to raise the profile of the fact that ASD exists, so if people see things in a child that they’re questioning, they are thinking, “Could this be autism?”

It’s important to ask those questions for every kid if there are concerns, not just if the mom or dad raises the question or pushes for it. We do see parents who feel empowered, but not every parent’s going to feel empowered and comfortable to walk in and say, “I want an evaluation for my child, I’m worried that he has autism.”

So hopefully the combination of more awareness about autism across all communities, more consistent screening of all children, parents who feel empowered to voice their concerns and ask questions, and pediatricians and other pediatric providers who are more comfortable discussing the possibility of ASD will help us identify all children earlier and close the existing disparities. It is also important to reach out specifically to communities of color to raise awareness of the signs of ASD, available resources, and concrete steps to take to identify children of color who are at-risk of having an ASD.

Check out WNPR’s series called Seeing Things Differently: Autism Spectrum Disorder. In the series, they explore what early identification and intervention mean for children with autism and explain where families can turn for help. They also examine the reasons behind the significant racial and ethnic disparities in autism diagnosis and the implications and potential solutions. Their final segment tells the stories of families of children with autism, who share their journey. 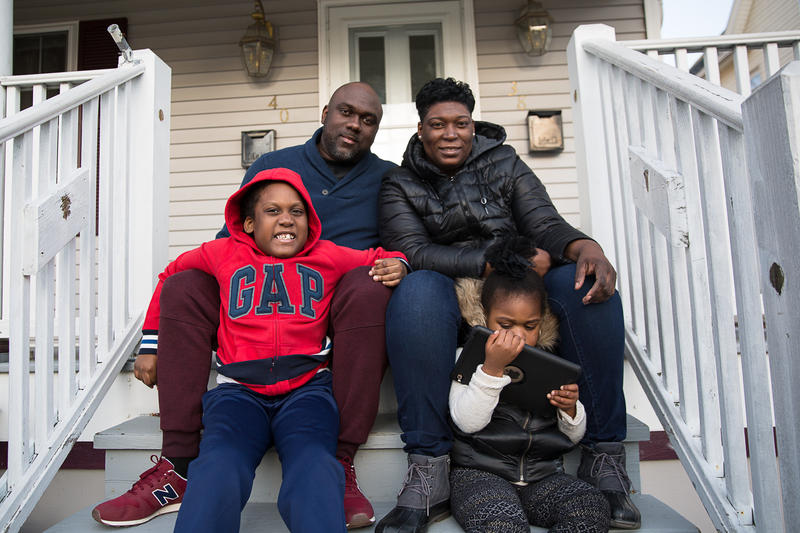