Since 1999, the Connecticut Health Foundation has operated with a simple but bold mission: to improve the health of people in Connecticut.

From the beginning, CT Health has reflected its founders’ deep commitment to taking on the challenges facing Connecticut in a data-oriented, mission-driven, and responsible way. The founding board members spent more than a year planning, examining the public health challenges facing Connecticut, and conducting a listening tour throughout the state, with sessions in English and Spanish. 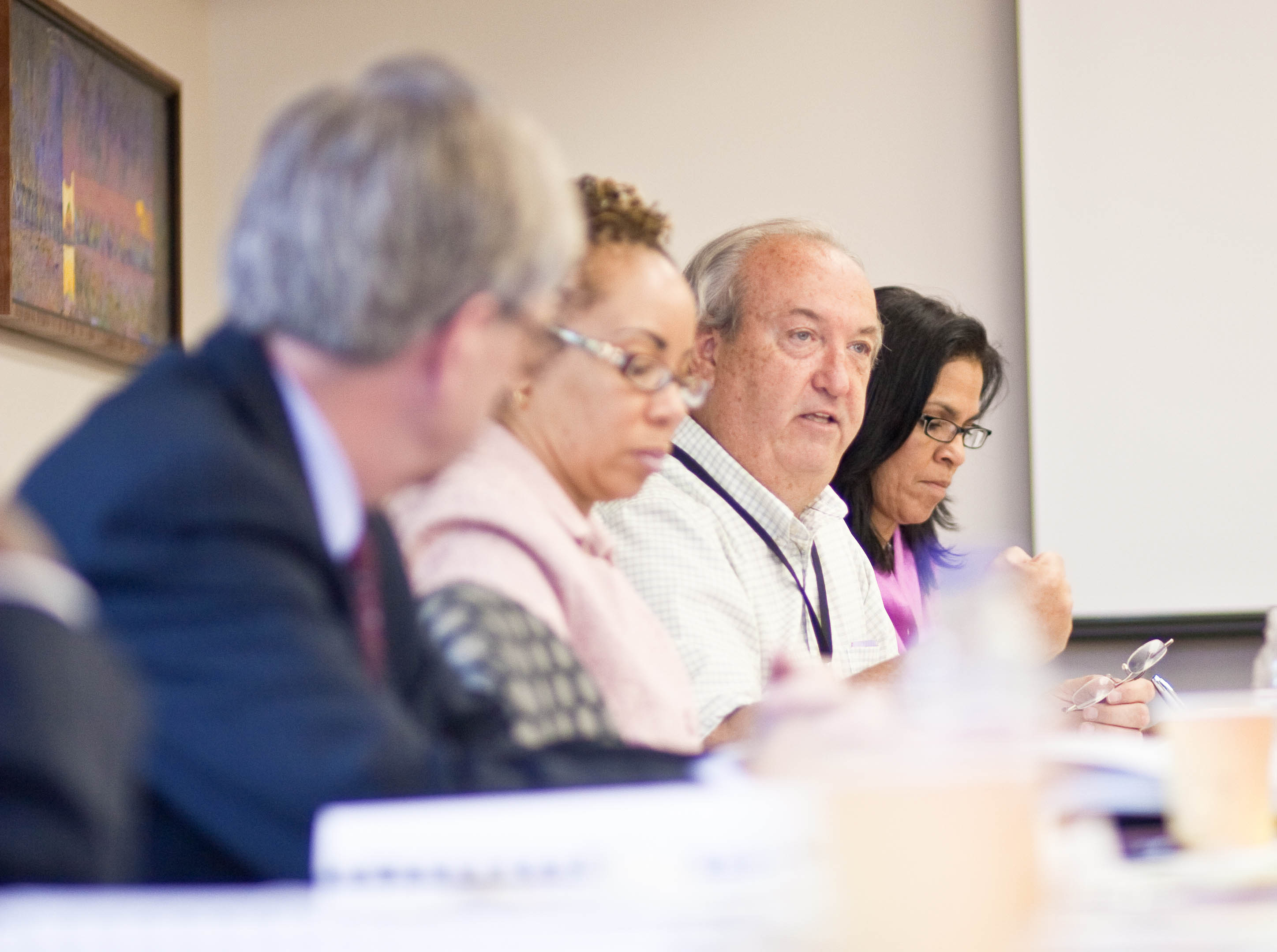 Many of the decisions they made continue to shape the character of the foundation. Those include:

A focus on changing systems. The founders recognized they could throw all the foundation’s money at the problems in health care and solve them – for about five minutes. Instead, they decided to focus on changing the systems that affect people’s health.

Targeting the greatest needs. Facing a choice between focusing on the greatest number of people or the greatest need, the founders chose to focus the foundation’s resources on underserved and unserved populations, and to select priority areas based on levels of need, gaps no one else was addressing, and the potential to effect sizable change.

More than grantmaking. Awarding grants has always been a central part of CT Health’s work, but grantmaking is far more powerful when it works in concert with partnerships, policy work, and leadership development.

Integrity and credibility. Raymond Andrews Jr., a founding board member, said those who created CT Health envisioned working to change the system “in a respectable way.” The idea, he said was, “To be looked at as credible people who did their homework, who came forward with a strong position on things, but had it grounded in research and grounded in good, solid thinking.”

Analytical, but with heart. Data drives the foundation’s work, but the implications of decisions on real-life experiences is critical to what it does. 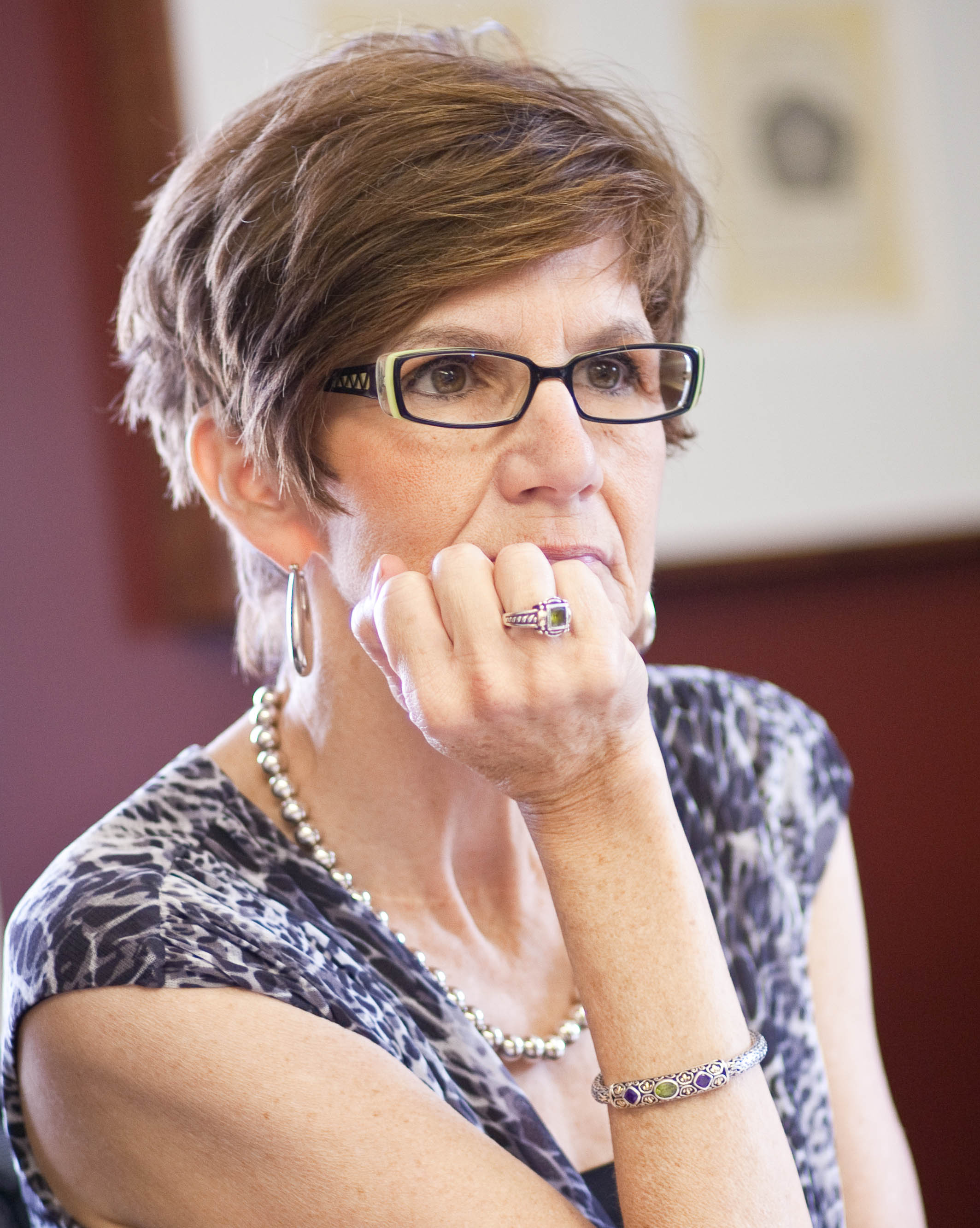 Patricia Baker, CT Health’s founding president and CEO, says she will never forget the story one woman told during the listening tour.

Her mother, who had diabetes and did not speak English, was discharged from the hospital with instructions to take her medication four times a day. She took four pills four times a day, and went into a diabetic coma and died.

“There’s two types of expertise, we’ve always believed,” Baker said. “There is research, academic, data, and there is real-life experience and context. You have to marry those together to get a well-informed approach.” 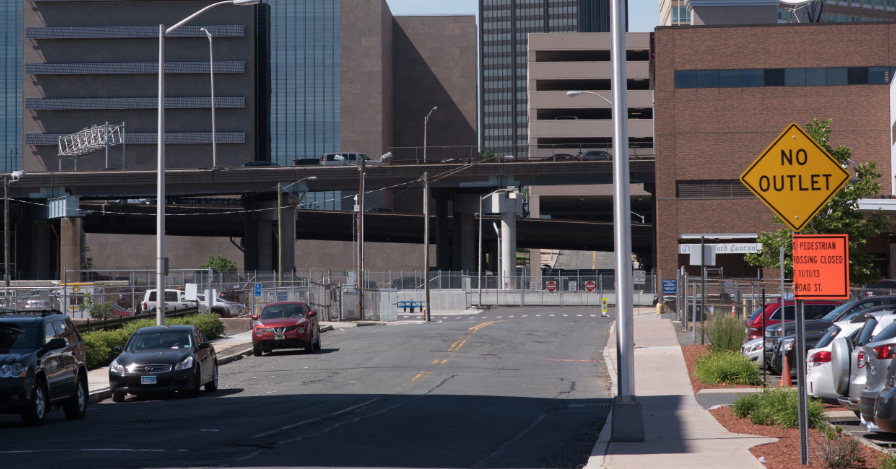 Connecticut is a state of tremendous disparities. It is the richest state in the country but has residents who suffer from the most severe results of poverty. There are people who fall through safety nets and suffer because of forces standing in the way of their basic human rights to health and happiness.

Yet a phrase often used at the foundation is “You can’t boil the ocean.” In other words: You must think strategically and find the places we can make a difference.

The foundation’s initial three priority areas were children’s mental health, oral health, and racial and ethnic health disparities. Each choice was informed by data, a sense that new investments and attention could make a difference, and an understanding of the ways they affected people’s lives.

When the foundation was beginning its work in the late 1990s and early 2000s, children’s mental health was in crisis in Connecticut. Close to 500 children were being sent out of state to receive treatment. Most of the state’s spending on children’s mental health went to those in deep-end treatment facilities. Children of color were not getting treatment at all until they were involved in the juvenile justice system.

CT Health’s approach focused on preventing children from needing those most-intensive levels of care by developing a community-based system of early identification and intervention for children at risk. The foundation also helped parents come together and advocate for their children and to improve the system. 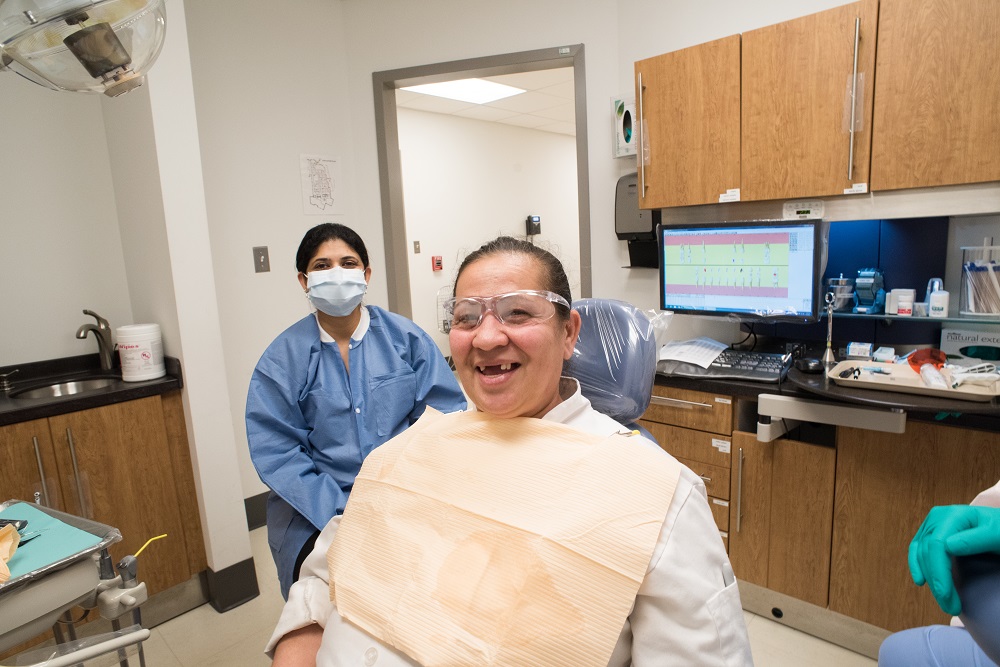 To raise awareness and find solutions, CT Health commissioned a study on improving oral health care across the state, funded an advocacy organization known as the Connecticut Oral Health Initiative, and awarded a grant to the efforts that ultimately led to higher Medicaid reimbursement rates for dental care in Connecticut.

The foundation’s work and that of many others led to tremendous improvement. By 2013, Connecticut topped the nation in the percentage of children with Medicaid who visited a dentist, and the percentage of poor children ages 3 to 5 with untreated dental decay fell by 50 percent between 2007 and 2011. 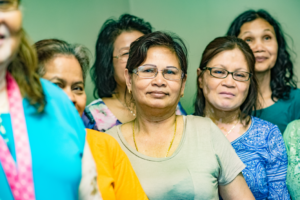 The foundation provided funds to create The Connecticut Health Disparities Project, a two-year effort by the state Department of Public Health to improve the statewide infrastructure for documenting, reporting, and addressing racial and ethnic health disparities through data. The project included revising/cleaning up 27 databases to ensure that data on race and ethnicity were available.

A resulting report in 2009 found meaningful improvements, including decreased risk ratios for many infectious diseases among Black and Latino residents. Still, there was evidence of persistent disparities. The report suggested a need for increased public demand for health equity in Connecticut and for citizens to hold leaders accountable for achieving it. 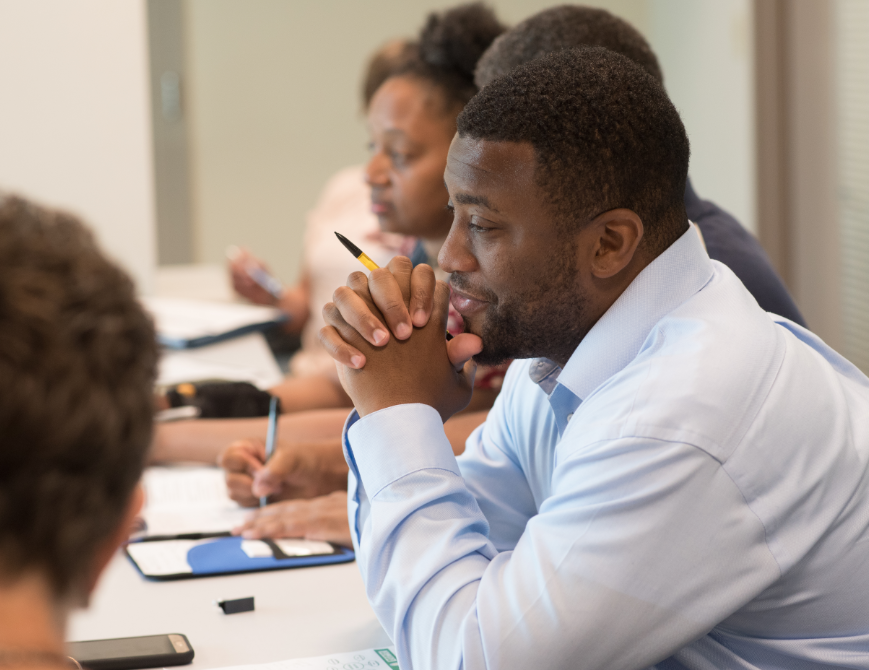 The foundation’s grantmaking has always been part of a broader strategy to achieve change in the systems that affect people’s health – a strategy that also relies on policy work and leadership development.

As a private foundation, CT Health does not lobby. Instead, its role is to provide information that can help policymakers understand the implications of the choices before them. This has included commissioning detailed analysis of the fallout from budgetary decisions and research on promising models that could be implemented by health care organizations in the state.

Changing systems also requires having leaders who understand the key issues – and ensuring that those who are most affected by policy changes have a voice in decisions.

In 2005, the foundation launched the Health Leadership Fellows program to train a diverse cadre of emerging leaders about health equity, leadership, and the skills to change systems and policies. In 10 years, nearly 200 fellows completed the program. They remain part of a powerful and connected alumni network.

The foundation continues this work with a new program, the Academy for Health Equity Advocacy & Leadership, focused on a diverse group of established leaders. The inaugural class began in 2017.

A shift to health equity 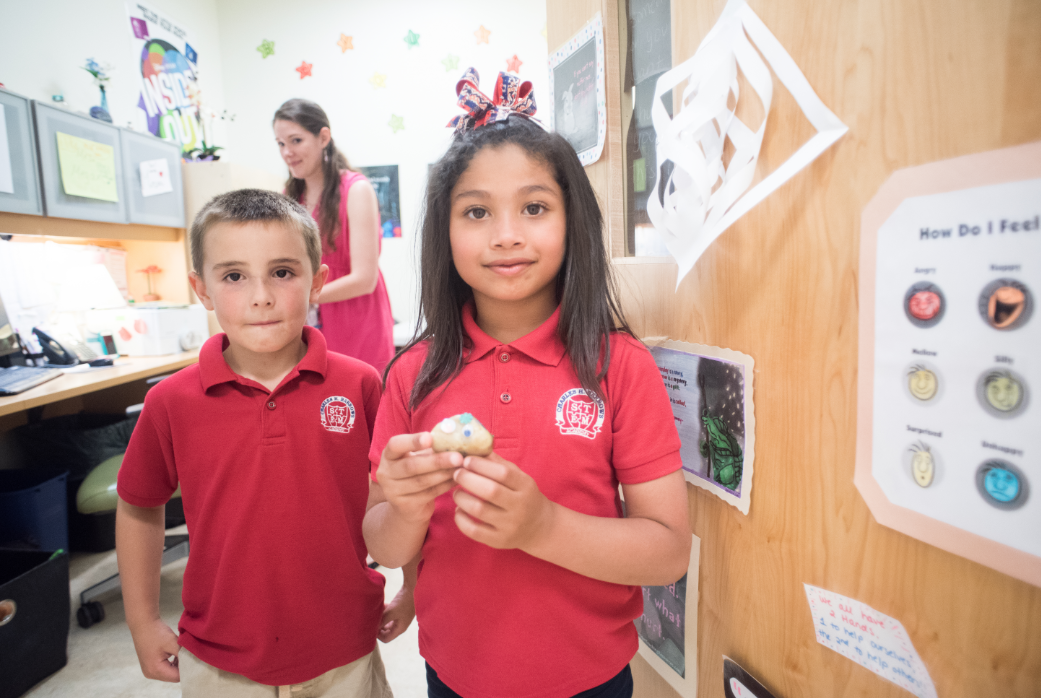 In 2013, CT Health made a strategic shift: The foundation would make health equity its central focus.

The foundation’s board and leadership chose to dig deep in one priority area, rather than stretching its resources to cover a wider range of priorities. The decision reflected confidence in the work others are doing in oral health and children’s mental health, as well as the fact that both are health equity issues. Both oral health and children’s mental health remained central to the foundation’s focus on integrating the delivery of physical, mental, and oral health care.

The decisions also reflected a recognition of the fact that while advancing health equity will benefit everyone, broad approaches to improving care alone would not be enough to eliminate the vast disparities that exist.

The shift coincided with the rollout of the major provisions of the Affordable Care Act, when insurance coverage became available and more affordable to hundreds of thousands of Connecticut residents. The foundation viewed its work as ensuring that equity would be advanced through the reforms. CT Health funded navigators and assisters who could help people sign up for coverage made available through the health law, and funded research on ways to ensure people understood how to use the insurance they were buying.

To help improve the health care system people were gaining access to, the foundation awarded grants to hospitals to integrate oral health and behavioral health into primary care, and helped school-based health centers chart a path toward sustainability at a time when health care payment systems were shifting.

The foundation also made significant investments in efforts to fundamentally reshape the health care system in Connecticut, from one that focuses on episodes of care to one that emphasizes patient outcomes and experience. Much of this work occurred through the State Innovation Model, a federal grant made available under the Affordable Care Act that has allowed Connecticut to work toward redesigning the health care system. 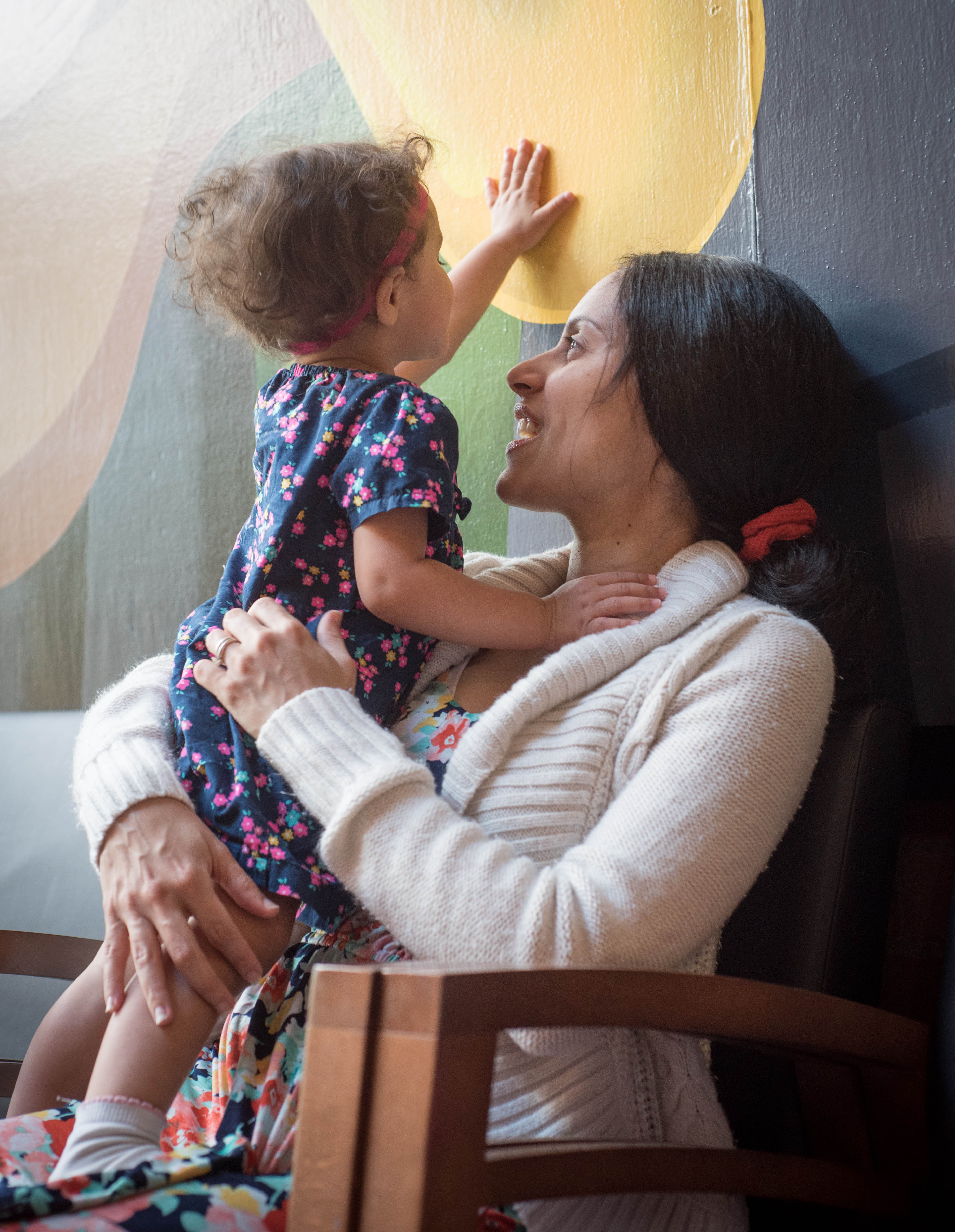 The foundation’s board and leadership began planning for the next five-year strategic plan in 2016, a time of uncertainty. Changes at the federal level carried the potential to dramatically reshape the systems put in place under the Affordable Care Act, while Connecticut’s dire fiscal situation left state lawmakers struggling to maintain support for the safety net.

Yet the need for advancing health equity had not diminished. CT Health’s leaders developed a plan based on needs and goals that are likely to exist regardless of the political environment, including an assumption that fundamental changes in how health care is financed and delivered are inevitable, and that a better system of connection between the clinical care system and patients’ communities is critical to improving health outcomes.

As CT Health evolves, the principles outlined by its founders remain strong guideposts in the work to improve the health of people in Connecticut.