Paul Mounds Jr. to join the Connecticut Health Foundation as Vice President of Policy and Communications

HARTFORD, Conn. (Nov. 2, 2017) – Paul H. Mounds Jr. will join the Connecticut Health Foundation as vice president of policy and communications. In this role, he will be responsible for the foundation’s work to inform and educate policymakers on issues related to health equity. 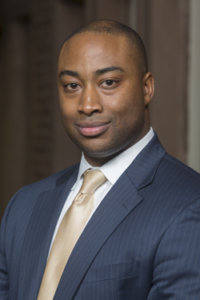 “We are thrilled that Paul will be joining the foundation. He is an expert in policymaking in Connecticut and at the federal level, and brings a track record of strong working relationships across the political spectrum,” said Patricia Baker, president and CEO of the Connecticut Health Foundation, the state’s largest independent health philanthropy.

Paul has extensive experience in policymaking and communications at the state and federal levels. He served as senior director of public policy and government relations for Gov. Dannel P. Malloy, working with the state’s health and human services agencies and developing relationships with leaders from both parties. Paul previously worked for U.S. Senator Richard Blumenthal, serving as deputy state director for outreach. He began his career in public service as the federal grants coordinator and press assistant for U.S. Rep. John B. Larson, and eventually served as the congressman’s communications director.

Paul is a member of Trinity College’s Board of Trustees, where he serves as co-chair of the Student Life Committee, and previously served on the board of the Harriet Beecher Stowe Center. He was born in Hartford and raised in East Hartford.

“I am a product of the mission of the Connecticut Health Foundation, and understand fully the need for achieving a more equitable health care system for people of color and underserved populations,” Paul said. “The role of philanthropy includes being a voice of change in our communities, advocating for necessary policy changes, and developing the leaders of tomorrow by providing the tools to be heard and effective. I am eager to bring my experience to the work of achieving health equity with the foundation.”

Paul, who has been working as a public policy consultant in Michigan, will return to Connecticut to join the foundation. He will begin Jan. 8.

About the Connecticut Health Foundation
The Connecticut Health Foundation is the state’s largest independent health philanthropy and is dedicated to improving lives by changing health systems. Established in 1999, the foundation’s mission is to improve the health of the people of Connecticut, and it has worked to do so through innovative grantmaking, public policy research, technical assistance, and leadership development. Since 1999, the foundation has awarded grants totaling more than $59 million in 45 cities and towns throughout the state.