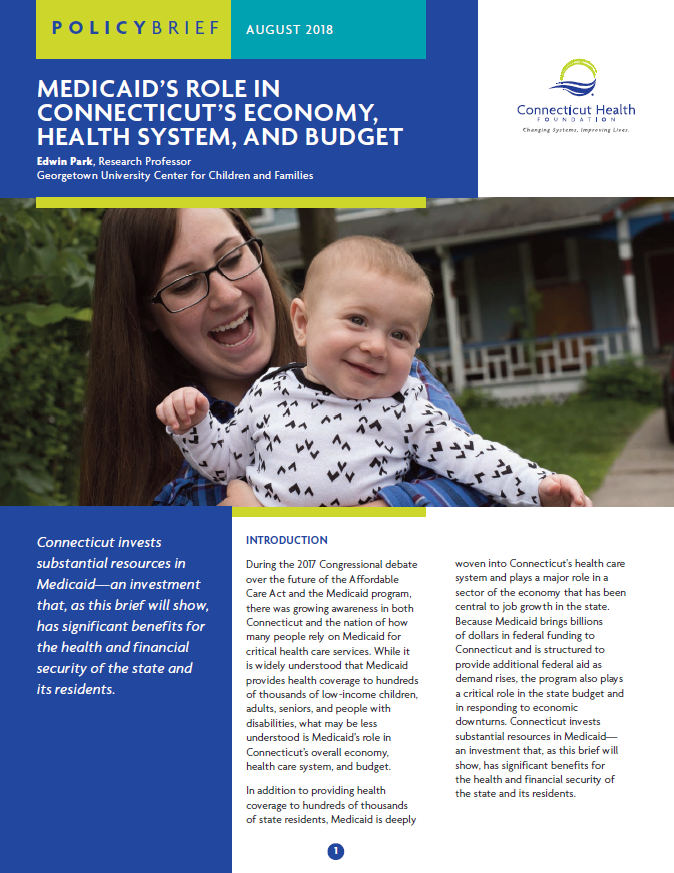 Medicaid is a safety net program that provides health coverage to low-income individuals and families. Less often discussed is the role Medicaid – known as HUSKY in Connecticut – plays in the state’s economy.

>>> Download the fact sheet here and scroll down for shareable graphics

HUSKY IS A KEY CONTRIBUTOR TO CONNECTICUT’S OVERALL ECONOMY.
Health care makes up nearly 15 percent of the state’s gross domestic product and is a significant source of job growth. Medicaid finances about 20 percent of health care expenditures in Connecticut.

RESEARCH HAS LINKED MEDICAID COVERAGE OF CHILDREN AND PREGNANT WOMEN TO LONG-TERM HEALTH AND ECONOMIC BENEFITS.
A growing body of national research has found that Medicaid coverage during childhood or when mothers are pregnant is linked to long-term health and economic benefits. These include:

MEDICAID CAN HELP STATES COPE WITH RECESSIONS AND ECONOMIC DOWNTURNS.
If people lose their jobs and HUSKY enrollment increases, federal funding to reimburse higher state costs automatically increases. This can help to offset the effect of budget cuts that can result from a decline in tax revenues as a result of lower economic activity.

MEDICAID IS THE LARGEST SOURCE OF FEDERAL FUNDING FOR THE STATE BUDGET.
Federal funding for Medicaid constituted 58 percent of all federal funding in the state budget during the 2016 fiscal year.

THE FEDERAL GOVERNMENT PAYS MORE THAN HALF OF THE STATE’S MEDICAID COSTS.
For every $10 spent on Medicaid in Connecticut, approximately $5.92 comes from the federal government. In other words: A $10 cut to Medicaid results in saving approximately $4.08 in the state budget.

THE FEDERAL GOVERNMENT PAYS 94 PERCENT OF THE COST OF COVERAGE FOR ADULTS IN HUSKY D, THE “MEDICAID EXPANSION” CREATED BY THE AFFORDABLE CARE ACT.
The federal share will drop by 2020 but will not fall below 90 percent, meaning Connecticut won’t pay more than 10 percent of the cost of Medicaid expansion coverage. This portion of Medicaid, known as HUSKY D, covers more than 200,000 adults without minor children. 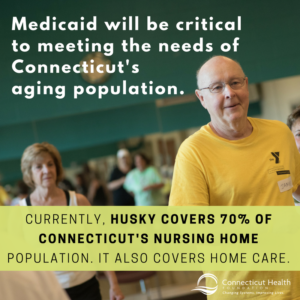 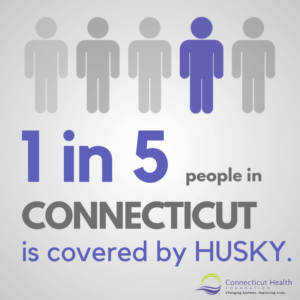 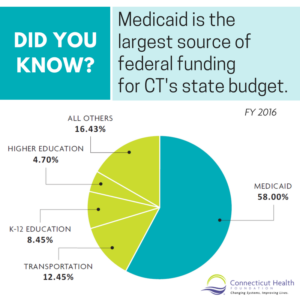 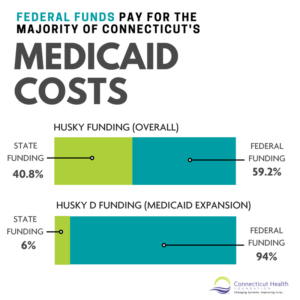 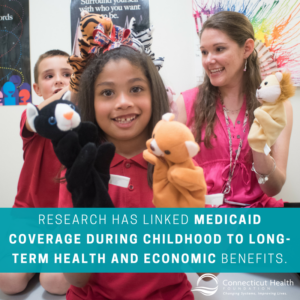 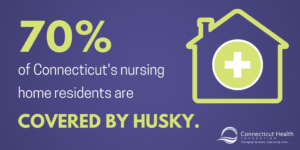 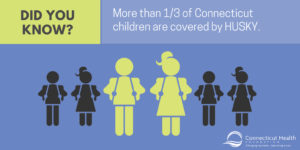 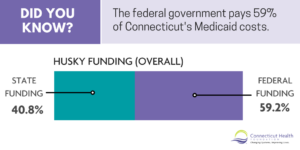