Faces of HUSKY D: The Impact of Connecticut’s Medicaid Expansion 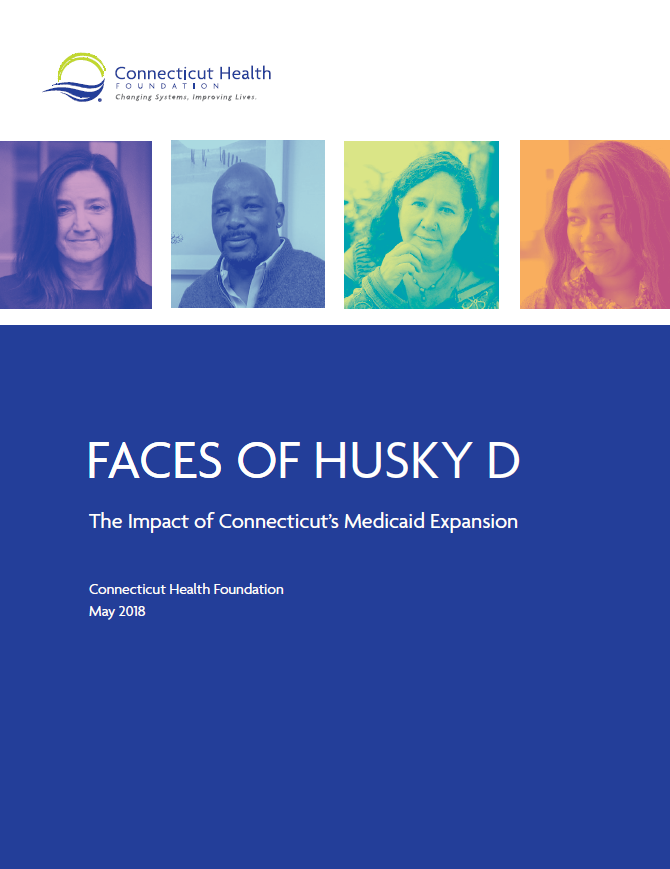 To learn more about HUSKY D eligibility and how to apply, visit the CT Department of Social Services.

The decision by Connecticut leaders to expand Medicaid in 2010 led to a significant reduction in the state’s uninsured rate and created a significant source of coverage for preventive health services and behavioral health care, according to a new report released by the Connecticut Health Foundation.

The report examines the impact of HUSKY D, as the Medicaid expansion is known, with profiles of individuals covered and data on how members have used their coverage.

HUSKY D covers adults ages 19 to 64 who do not have minor children and whose income falls below 138 percent of the poverty level – the equivalent of $16,643 for an individual. (For comparison purposes, a person working 30 hours per week at Connecticut’s minimum wage – $10.10 per hour – would earn $15,756 in a year.)

Among the report’s key findings:

To see a breakdown of where HUSKY D members live by city and town, click here.

Fact sheets on specific topics are available below: