Hartford’s Northeast neighborhood is about four miles from West Hartford Center. Yet living in one place or the other can mean a 15-year difference in life expectancy.

That’s according to data released this week that identifies the life expectancy for nearly every census tract in the country, offering a stark illustration of the disparities that exist even between neighborhoods in the same city or region. 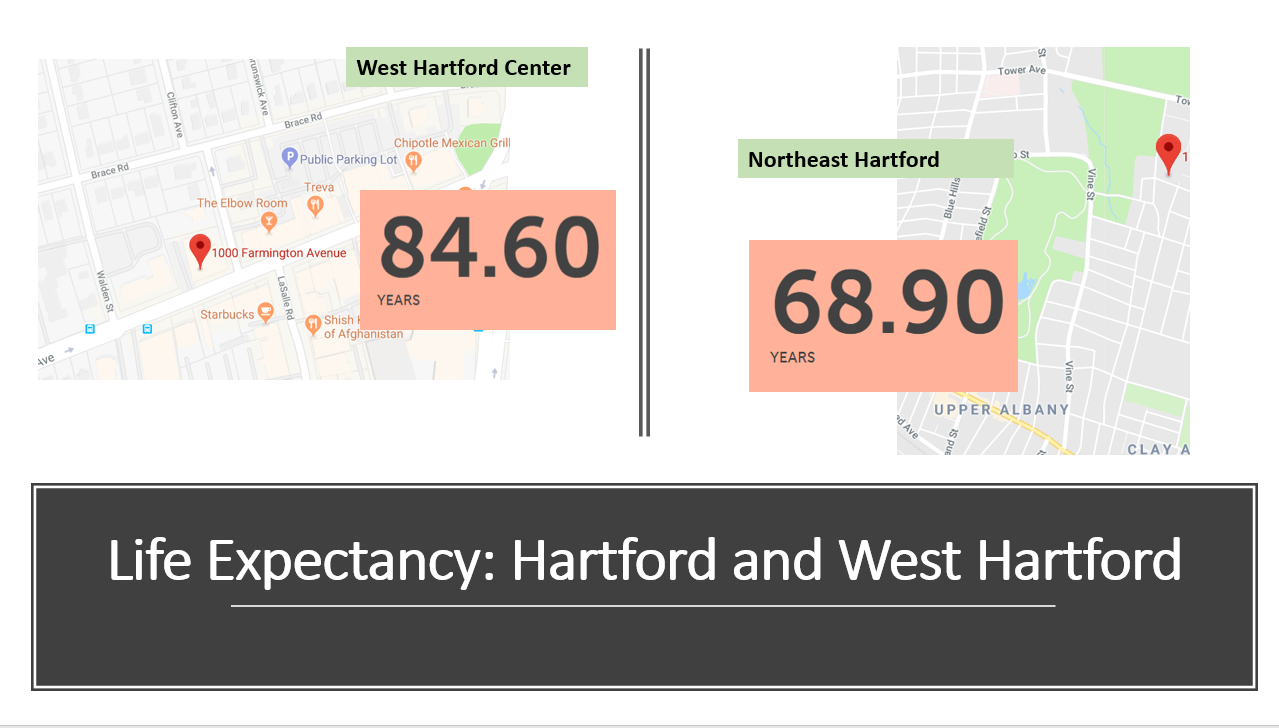 The data comes from the United States Small-Area Life Expectancy Estimate Project, an effort of The Robert Wood Johnson Foundation, National Association for Public Health Statistics and Information Systems, and the National Center for Health Statistics, which is part of the Centers for Disease Control and Prevention. The numbers are estimates of average life expectancy at birth for 2010 to 2015 – that is, how long, on average, a person can expect to live.

“It is truly unsettling to see how small differences in geography yield vast differences in health and longevity. In some places, access to healthy food, stable jobs, housing that is safe and affordable, quality education, and smoke-free environments are plentiful. In others, they are severely limited,” Donald F. Schwarz, senior vice president, program at the Robert Wood Johnson Foundation, wrote this week. “Data can help us better understand the health disparities across our communities and provide a clearer picture of the biggest health challenges and opportunities we experience.”

All of this new data is consistent with a longstanding challenge in health in Connecticut: While Connecticut is among the healthiest states in the country, there are significant disparities in health outcomes by race and ethnicity – a sign that not everyone has the opportunity to be as healthy as possible. 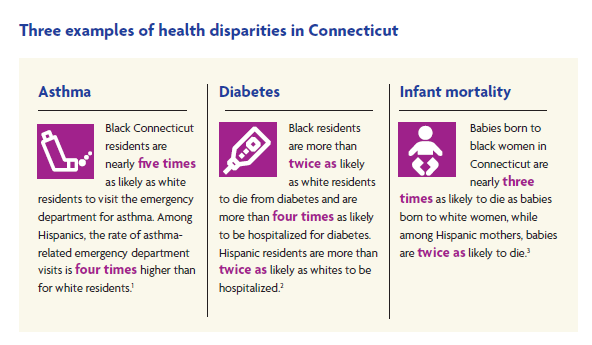 You can find the life expectancy in your neighborhood and compare it to others using this tool.

The data can be downloaded here.