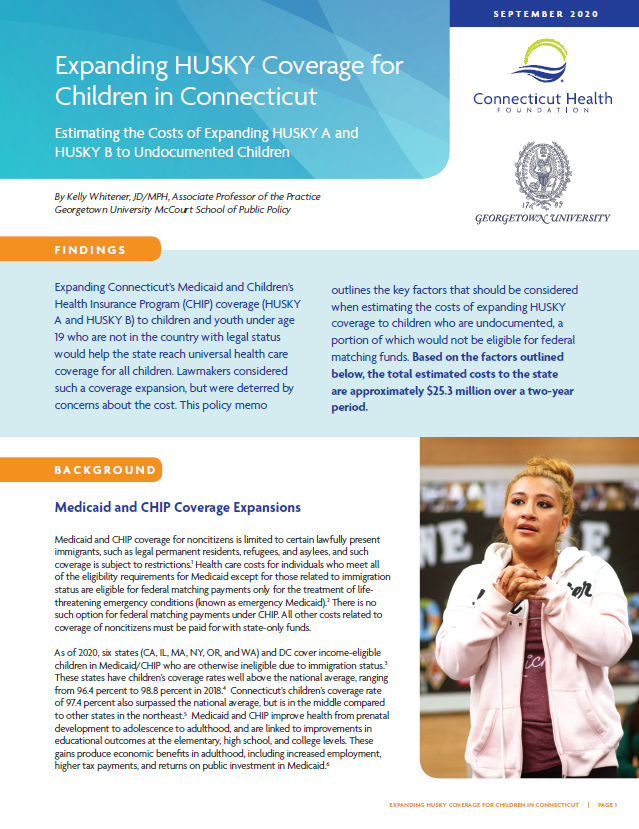 Expanding Connecticut’s Medicaid and Children’s Health Insurance Program (CHIP) coverage (HUSKY A and HUSKY B) to children and youth under age 19 who are not in the country with legal status would help the state reach universal health care coverage for all children. Lawmakers considered such a coverage expansion, but were deterred by concerns about the cost.

This policy memo outlines the key factors that should be considered when estimating the costs of expanding HUSKY coverage to children who are undocumented, a portion of which would not be eligible for federal matching funds. Based on the factors outlined below, the total estimated costs to the state are approximately $25.3 million over a two-year period.