A healthier Connecticut: Improving the health of our state in 2018 and beyond 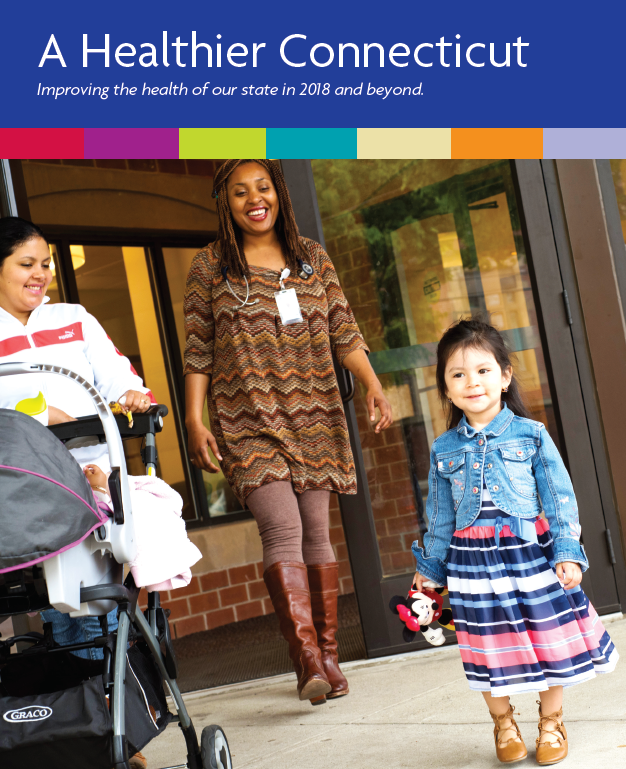 This is a big election year in Connecticut: On Nov. 6, state residents will pick a new governor and vote for people to represent them in the state House and Senate. To help inform candidates, we put together a briefing about some of the major issues in health care in our state.

As an independent, nonpartisan foundation, we have provided similar briefings to candidates in previous election cycles and hope you will find this information helpful.

Why this briefing matters

Connecticut is consistently ranked as one of the healthiest states in the United States. However, there are wide disparities in health care access, coverage, and outcomes. Often, people of color fare far worse than their white counterparts.

Connecticut pays a high price for such racial and ethnic health disparities. The Connecticut Department of Public Health estimates that these disparities resulted in $88 million in excess hospital costs in 2012.

In this briefing you will find:

A resource on health in Connecticut

The Connecticut Health Foundation has nearly two decades of experience in both grantmaking and health policy work. We will be glad to be a resource for those working on health policy matters now and in the future.